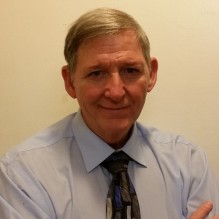 Robert Bob Green was born deaf. He has twin sister who is blind. Bob grew up in San Diego, CA. He went to California School for the Deaf in Riverside, CA. After he graduated from high school, he attended Gallaudet University. He received BA in Psychology. He was employed with State of Georgia for 34 years. His last position was State Coordinator of Deaf-Blind under Georgia Department of Labor/ Vocational Rehabilitation Program. He is retired since 2012. Bob was involved in Deaf and Deaf-Blind communities here in Georgia for many years such as Georgia Association of the Deaf, Georgia Association of the Deaf-Blind, Deaf - Blind Access of the South, Total Living Community, Georgia Advisory for Deaf-Blind and many more. He was chair of Georgia Association of the Deaf Conference three times 1985 (75th anniversary), 1993 and 2009 (100th anniversary. Bob worked as part-time American Sign Language instructor at Georgia Perimeter College in Clarkston, GA from 1986 to 2015. He also worked as part-time as ASL Activity Coordination at Hope House that was under Caring Works, Inc. Bob has been married to Karen since 1991 and has two grown adopted sons. He also has five cats!